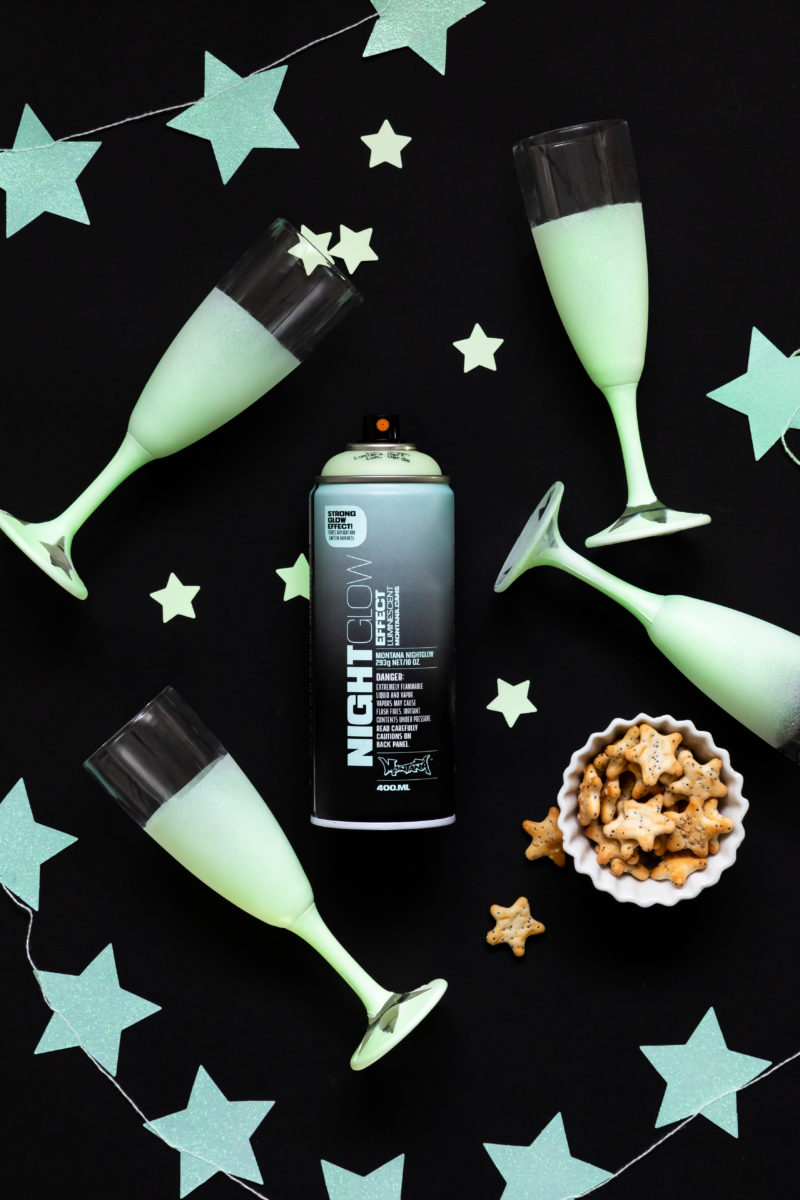 Glow in the dark Party glasses

You don’t usually need an excuse to open a bottle of bubbly. Life itself is worth celebrating. However have you ever had the “wow” effect from your friends at that special moment when they are supposed to say be saying “cheers”? While looking at our old champagne glasses, the thought occurred to us the glasses are far more boring then the drink itself. Thats when the idea struck. NIGHTGLOW EFFECT Spray on the outside of the glasses so they would glow in the dark! And this is how we did it.

How it was done

It seemed obvious to us that spray paint and food is a no go. To avoid any paint getting anywhere near parts of the glasses where we could consume it, we masked the outside top half of the glass with masking tape and taped the top of the glasses completely closed so no paint could get in. We shook our cans for 2-3 minutes and removed the safety rings from under the cap. We turned to our trusty Montana GOLD can in the color Shock White first as this would be the ideal white undercoat to allow the NIGHTGLOW to emit the most light possible. We sprayed one even coat on all the masked glasses making sure the handles and bases were well covered. We let them dry over night. During this time the realisation came that we had a small dilemma. No champagne glasses! 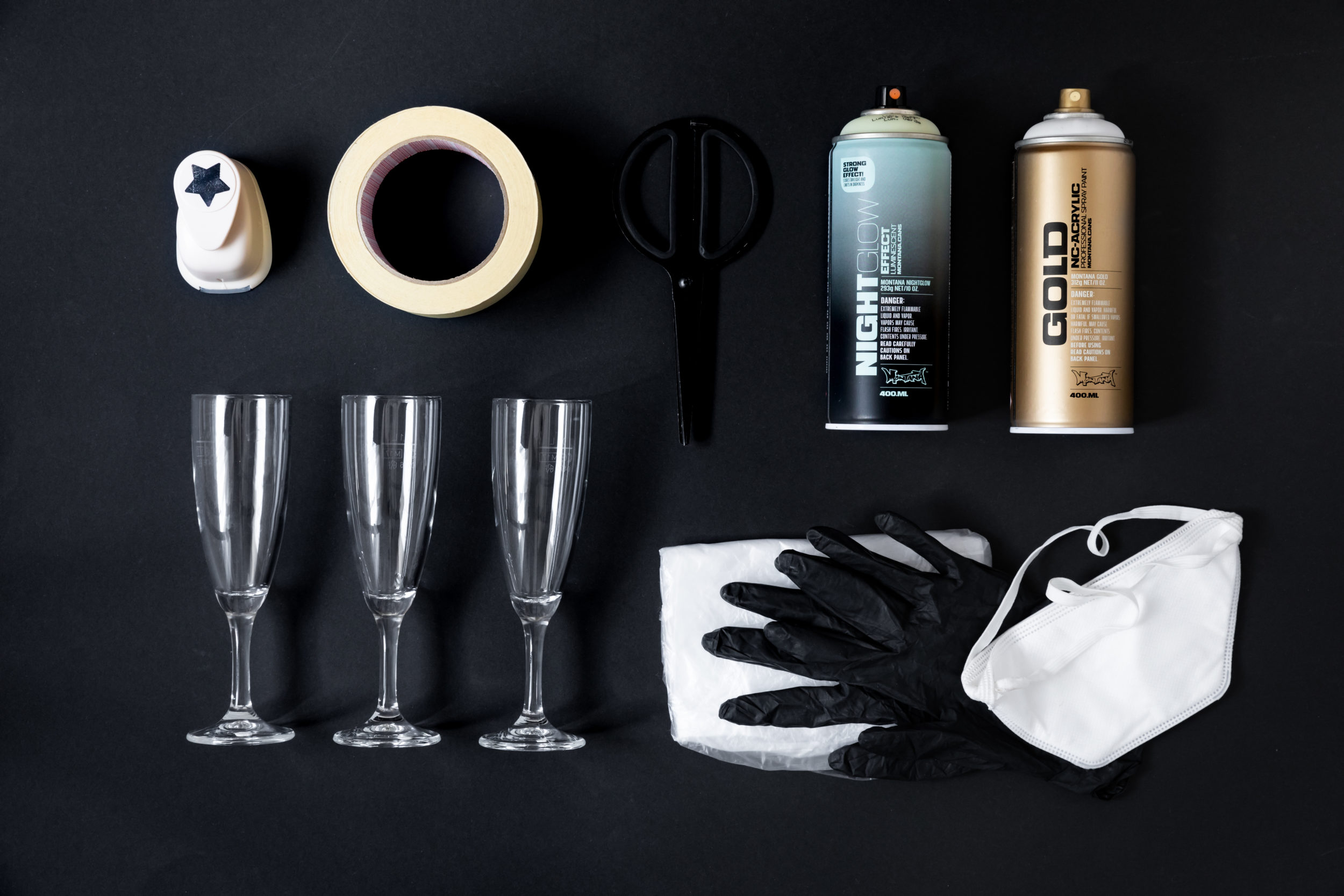 We asked the neighbours if we could borrow some of theirs to get us through the night. The next day we put the icing on the cake. We re-shook the NIGHTGLOW EFFECT Spray and applied it over the white, ensuring the thin coats were even and without drips. The more coats you apply, the more the glasses can save and emit light later. We then removed the masking tape to reveal the new galactic looking light green base and handles. And we also managed to keep all paint away from any areas where we could consume it. We left them in the kitchen to charge under the lights, then decorated them on the table. When the knock on the door came as the neighbours came, they saw the glasses glowing in the now dark dining room. And the rest as they say is history.

This project is for all skill levels and will take about 20-30 minutes of actual working time. It’s important to keep all paint away from areas of the glasses where it could be consumed. The stronger the light the glasses are charged in, the more energy is stored and thus emitting more light later. Happy Crafting.

DISCLAIMER: These objects Were exclusively sprayed and used for decorative reasons! Do not put any Spray Paint near foods or drinks. 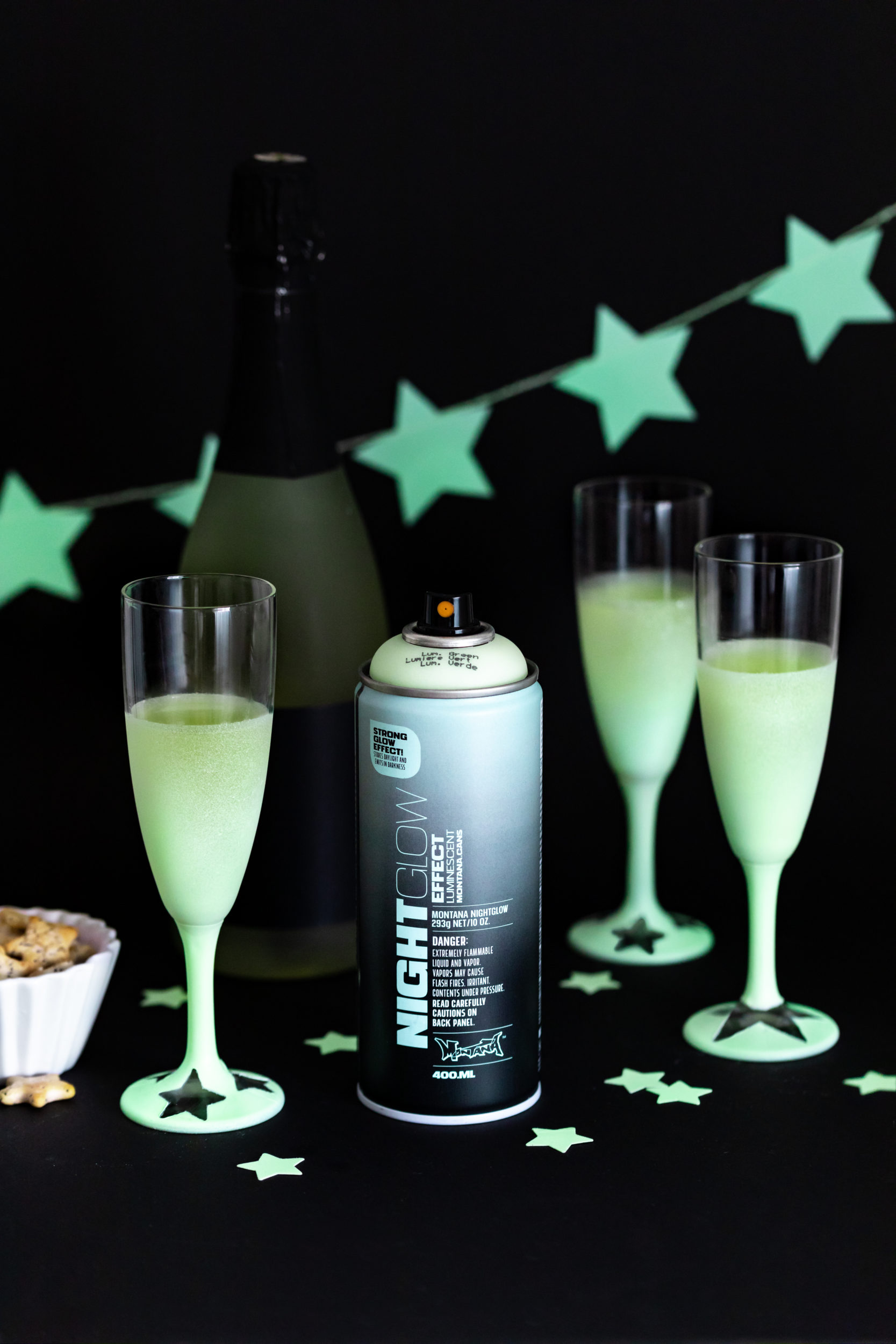 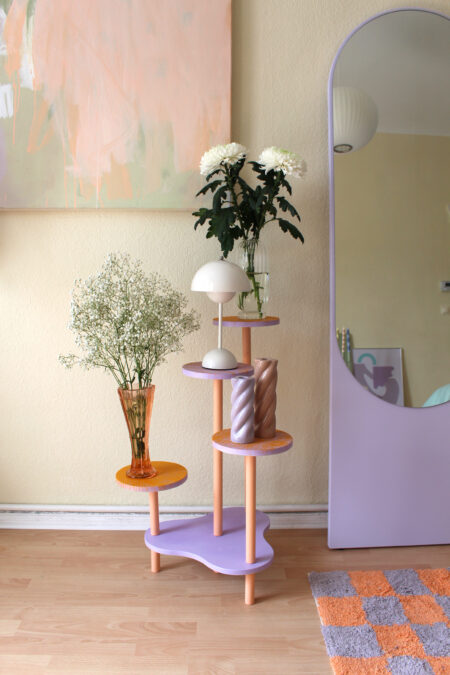 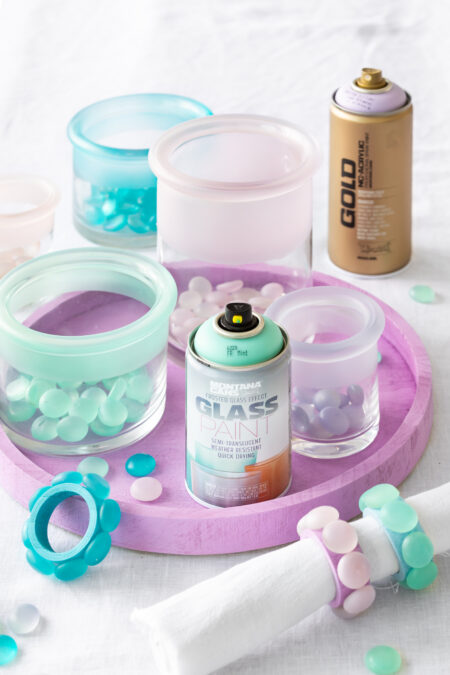 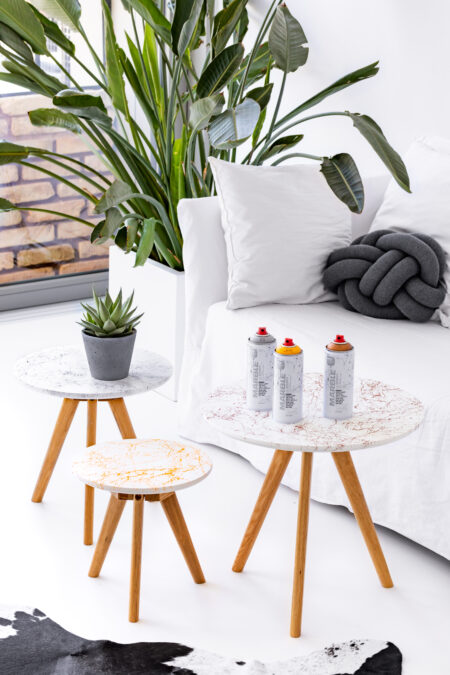